Update: Hiroshi Lockheimer, Google’s SVP for Android, Chrome OS and Chromecast says that Chrome OS is here to stay: “While we’ve been working on ways to bring together the best of both operating systems, there’s no plan to phase out Chrome OS.”

Wall Street Journal reports that Google works on integrating Chrome OS into Android and will release a unified OS that runs on phones, tablets, laptops and more. “The company plans to unveil its new, single operating system in 2017, but expects to show off an early version next year.”

So why kill Chrome OS and switch to Android? Chrome OS has a small desktop market share, while Android is the dominant mobile OS. There are a lot more apps in the Google Play Store than in the Chrome Web Store and Google had a hard time convincing developers to build Chrome apps. Google even ported the Android runtime to Chrome, so that you can run Android apps in Chrome OS.

Google’s CEO, Sundar Pichai, has recently said that “mobile as a computing paradigm is eventually going to blend with what we think of as desktop today”. Most likely, Google wants to bring Android to the desktop and provide a coherent experience. This solves some of the issues with Chrome OS (the lack of apps, low market share), but brings more challenges (Android is less secure than Chrome OS, it’s updated less often, has a more complicated interface, it doesn’t have a windowing system, apps aren’t optimized for desktop).

I like Chromebooks because they’re simple devices that require no maintenance. There are few things you can change, few things that can go wrong. It’s easy to share them with other people, you don’t have to worry about backups or saving your data. 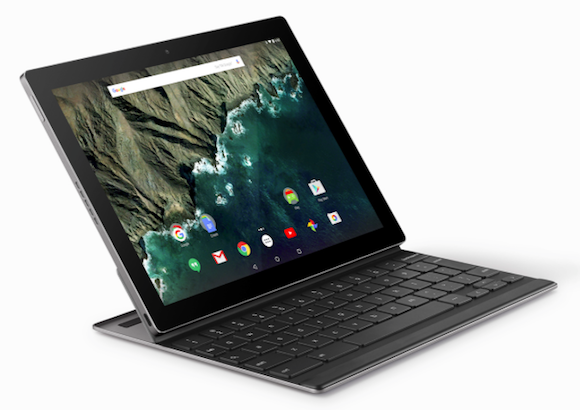 Google has a lot of work to do. Android’s tablet interface is pretty poor, there’s no native multi-window support, Chrome for Android doesn’t support extensions, apps and themes.

Chromebooks were all about the web, but native apps turned out to be more important for users. Better performance, better integration with the operating system, better interface – native apps trumped web apps and Chrome OS couldn’t find a way to turn the tide.

7 hours ago
Microsoft’s Surface Pro X discounted up to $449.01 in Amazon’s Deal of the Day